Born in Aleppo, Syria, Abe Kasbo spent ten years of his life working on a documentary to remove prejudices surrounding Arabs, which had its southern premiere in August earlier this year. Entitled, “A Thousand and One Journeys: the Arab Americans” it was presented for the first time at the Atlanta History Center, an event organized by the Alif Institute whose motto reads: “Where Arab Culture Lives.” 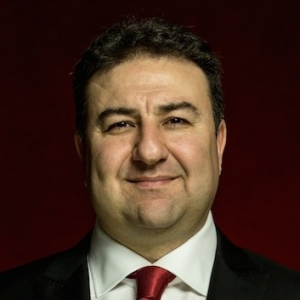 The premiere received astounding support, being an important event for the Arab community drawing a large crowd to the auditorium which was almost completely sold out, with forty percent being non-Arab.

The executive director of the Alif Institute, Angela Khoury said, “Each one of you is a part of the history of this country,” and encouraged the audience to be part of the future.

Kasbo began his work on the film back in 2006 and consulted with Nidal Ibrahim shortly after that. Ibrahim is currently an account executive with the Atlanta Business Chronicle and was proud to have been a part of bringing the film to Atlanta’s Arab community, especially during the turbulent times which we are now living in.

Kasbo said that although the film cost seven hundred thousand dollars, he only managed to raise one hundred and fifty thousand dollars. He would ideally have preferred to have made a longer series to be viewed over several evenings. He should, however, be able to have the film distributed if he can raise a further twenty thousand dollars.

Kasbo moved from Syria to the United States at the age of eleven years, and the documentary itself follows the immigration of Arabs to America from as far back as the 1860s. The first wave of Arabs to enter America were largely Arab Christians, many of whom were not well educated and settled in Brooklyn where they were able to work in the textile industry. Many Syrian Jews also came across to America in the late 1800s and early 1900s.

The second wave saw Arabs arriving after World War II, with many being Palestinians who fled the conflict in the Middle East. Most of them were Muslims and well-educated individuals.

Much has changed since the 9/11 attacks and not many people realize that only about ten percent of Muslims are Arab. A Palestinian comedian even made a joke about it, saying that he went to bed as a white guy and woke up as an Arab.

The documentary was created with the hopes of altering people’s perceptions by focusing on Arabs who have made a difference in the community. The Arab-Americans who were interviewed or portrayed in the film include the likes of Senator George Mitchell, the actor Jamie Farr, Ralph Nader who is a consumer advocate, General John Abizaid, Pulitzer Prize winner Anthony Shadid, as well as former White House correspondent, Helen Thomas, the actor Danny Thomas, and Founder of the St. Jude Children’s Research Hospital.

Prior to the premiere, Kasbo stated: “The Arab-American experience is truly an American story.” He described the migration of Arabs to the United States being much like that of the Polish and Italian-Americans, and that their evolution into productive citizens is an American phenomenon. He said, “We can only complete our story when we recognize everyone else’s story.”

“A Thousand and One Journeys: the Arab Americans” was the winner of the Homegrown Documentary Feature at the 2016 Garden State Film Festival.