The Arab American National Museum in Dearborn, Michigan opened its doors in 2005. Since that time, one of its most important aims is to counter xenophobia by sharing the stories of other Arab-Americans with the community.

Arab-Americans are often misunderstood within the American society. The Arab American National Museum has made a powerful impact through its seminars, exhibitions, and other events. Within their first two years, the museum was chosen as an affiliate of the Smithsonian. 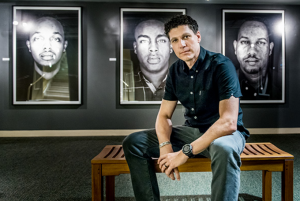 Devon Akmon, the Executive Director, joined Stateside so that he could discuss the goals of the institution and how essential it is to the contemporary society.

Akmon insisted: “What we continuously try to do is just tell an accurate depiction of our community.” He sincerely hopes that the museum will have a vital role in the changes occurring within the southeast Michigan society, which is home to large numbers of Arab-Americans.

Considering all the changes which are taking place in southeast Michigan, Akmon wanted to determine how the museum could fit into all of that, being a cultural institution. He found that simply by sharing their stories with the community can bring about change. He said that for the museum, “It’s really about putting the Arab-American story in context with the greater American narrative.”

The museum is the only such institution telling the Arab-American story. The number of on-site visitors who make their way through the museum’s doors each year includes both Arabs and non-Arabs which is essential when it comes to building community and a better understanding among people.

The majority of their attendance is offsite, as they are essentially a “museum without walls.” They have many initiatives in the Michigan region and also across the nation of the United States.

The Arab-Americans are an incredibly diverse group, stemming from twenty-two different nations. The museum finds that by sharing individual stories, it allows people to connect with that story on a one-to-one basis. In this way, they can feature different aspects of their community and bring that to life.