Art galleries in the Wichita region of Kansas will exhibit artworks created by Iraqi and Palestinian refugees living in Gaza. The exhibition is entitled Building Bridges. It is not only an exhibition for viewing, but the works of art will also be on sale. Eighty percent of the proceeds go to the artists, while the nonprofit organization, Common Humanity who created the exhibit, will receive twenty percent of the takings. 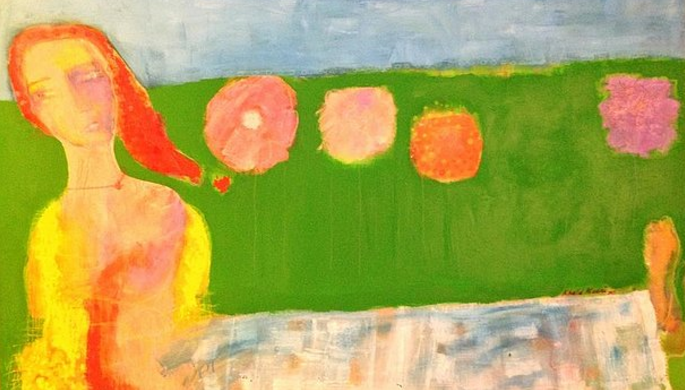 One of Khalid Alaani’s untitled paintings

Jan Swartzendruber who is promoting the event said that it is an attempt to place emphasis on “common humanity” across the globe and to discourage negative perceptions which people have toward Muslims. Art in various forms communicates across cultures to build bridges of understanding in a way which is not possible by other means.

Most of the work displayed in the galleries was done by artists who have come to settle in America, either the United States or Canada. Nineteen Iraqi artists and nine Palestinians have their works on display at the exhibition.

One of the artists, Khalid Alaani, is a painter who fled Iraq in 2006 because of the war in Baghdad. He found refuge in Syria for six years before having to flee the Syrian war. It was in Damascus where he met so many hospitable people, and other Iraqi artists and started to put on art exhibitions.

He arrived in the United States in 2012 where he is now an active in the art community and studies pharmacy. He hopes that as more of us view his paintings, they will realize that we all have many things in common, no matter where we may come from in the world.

Also, Muslim students from the Wichita State University created the exhibit, “Building Bridges ICT,” where they featured paintings and other works of art from students who showed their interpretation of their culture and how it has an influence on the West. 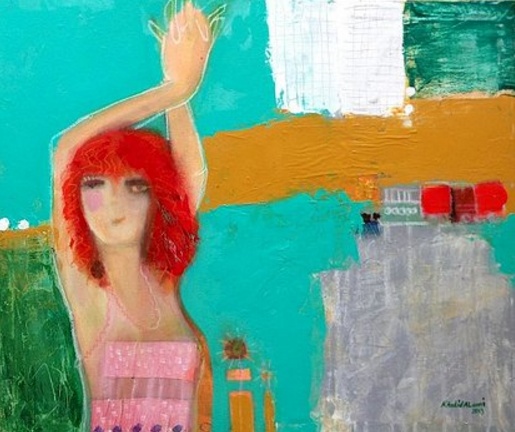 A woman in a city – by Khalid Alaani

Most of the students who displayed their work are second-generation Muslim-Americans. The art has beautifully showcased both cultures which students have been exposed to in their lives.

Building Bridges came about through the efforts of Mel Lehman, founder and executive director of Common Humanity. He had made numerous trips to Iraq and Syria and started organizing medical trips to Damascus where North American doctors could share their medical knowledge and expertise with local doctors.

In Damascus, he met Iraqi refugee artists and began consigning the artists’ paintings and taking them home with him to New York to exhibit. He hoped that by exhibiting and selling the art, it would raise awareness of the plight of refugees and provide an income for them while building intercultural bridges and bringing hope.

If you have not yet been able to make it to one of these exhibitions, you can view all the paintings on the organization’s website: www.ictcommonhumanity.org