Canadian Arabs represent 1.2 percent of the total population of Canada, making it the largest non-European ethnic group in the country. The Arab-Canadians are made up of immigrants from many different nations, the Lebanese being the largest group, with smaller communities from countries such as Algeria and Palestine making up a lower percentage of the population. 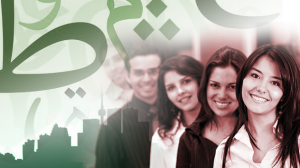 Most of the Arabs in Canada tend to reside either in Quebec or Ontario, with more than half having settled in Montreal and Toronto. Among the Canadian Arabs, at least half claim to be Muslim, while the other half are Christian, with only a few claiming to follow no religion at all.

Our community in Canada is still fairly young, made up mostly of young adults. They are all able to speak at least one of the official languages in Canada and hold a conversation quite well. Many are able to speak both English and French, speaking only their mother tongue at home.

Arab-Canadians are more likely to marry young than the other Canadians, with many settling down at an early age. They also prefer to live with family until they marry, and the grandparents often share the house with family as well. 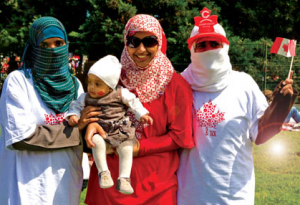 The Canadian Arab Foundation (CAF) was formed in 1967 to represent Arab-Canadians regarding the Public Policy in Canada. Thanks to the CAF, the political voice of Arab-Canadians has been heard, and support for Arab community issues is going well. CAF also promotes Muslim and Arab culture in Canada and aim to protect civil liberties and human rights in Canada.

An Ethnic Diversity Survey held in Canada revealed that most of the Arab-Canadians feel that Canada is home to them, although more than half of them said that they have strong ties to their ethnicity and culture. Arabs have been active within the Canadian community taking part in sports events, voting and joining various associations within the local society.