Khalil Gibran is America’s third best-selling poet, only being outsold by William Shakespeare and the Chinese philosopher, Lao-Tze. 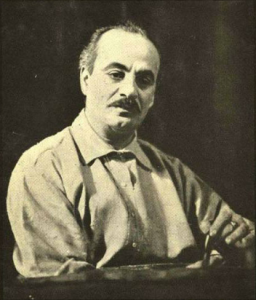 Thousands are familiar with the lines of this renowned poet and echo his words to this day. Some of his famous poetic quotes include: “Life without love is like a tree without blossoms or fruit,” and “Yesterday is but today’s memory, and tomorrow is today’s dream.” Another well-known quote from Gibran reads as follows: “If you love somebody, let them go, for if they return, they were always yours. If they don’t, they never were.”

Gibran reached Ellis Island from Lebanon in 1895. As a child, he was one of 33,289 other immigrant children who arrived on our shores that year, of a total of 3.4 million immigrants who arrived from 1892 until 1954.

Today, forty percent of Americans have ancestors who reached Ellis Island during that period, a staggering amount. Gibran did not become an American citizen, as he loved his homeland, but he together with other Arabs, Jews, Poles, Germans, and Italians, “pioneered a unique, easy-listening, deeply-rooted culture of the uprooted that was surprisingly universal yet distinctly American.” 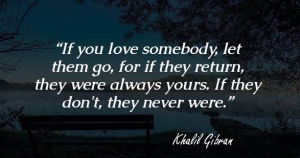 Gibran found refuge in America along with his mother and three siblings in South Boston. It wasn’t long before he began mastering the English language. He remained connected to his Maronite Christian heritage though and went back to Lebanon where he studied for four years from 1898 onwards.

He wrote a bestseller, The Prophet, which was published in 1923 and was found to be an appealing read to Americans living in the depression era. They were in search of something to uplift them and welcomed his works of writing. By the late 1950s, the book which focused on love and marriage, freedom and work, clothing, and food, managed to sell over a million copies. There was a further surge in sales of the book in the 1960s and to date, over 100 million copies have sold.