The shelves in our local bookstores will not often be stocked with literature translated from the original Arabic writing. There are, however, some works of literature which you may come across, and these have been referred to as bestsellers by the scholars. Creative works of literature by Arab women has, however, not always been supported that much. The International Prize for Arabic Fiction (IPAF) has had numerous obstacles in celebrating women’s literature. Brilliant writing by author’s such as Basma Abdel Aziz and Hanan al-Shaykh failed to receive any recognition not even making the top lists.

We take a look at some astounding written work by Arab women which should be translated into English so that it can be available to more readers.

Malakut Hadhihi-l-Ard (Kingdom of This Earth) – Hoda Barakat: Kingdom of This Earth is a novel by one of the most “fearless and original” writers who have written in Arabic. The novel was long listed for an IPAF and the setting is in a small Maronite village in the 1920’s and continues through until the civil war in Lebanon during the 1970’s and covers the lives of two characters, Salma and Tannous. 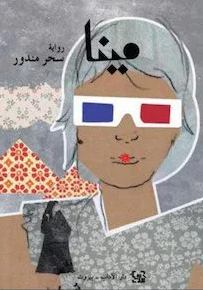 Mina (Mina) – Sahar Mandour: Sahar Mandour is a young Lebanese-Egyptian author and television host, and editor of the youth section of a Lebanese newspaper, Al Safer. Mina is an award-winning gay actress who lives in Beirut and is forced to leave the city.

Athqal min Radwa (Heavier than Radwa) and Al-sarkha (The Scream) – Radwa Ashour: Radwa Ashour is the author of this two-part autobiography and portrays her family stories. The memoir covers her struggles with her academic work, marriage to a Palestinian poet and her activist life.

Al-Rihla (The Journey: An Egyptian Student’s American Memoirs) – Radwa Ashour: Ashour’s memoirs from the years, 1973-1975, are based on her years as a PhD student in African-American Literature. Readers are given some insight into the United States through the eyes of an Egyptian author.

Mulakhas ma jara (The Gist of It) – Rasha Abbas: Abbas is a Syrian who resides in Berlin and an author of short stories short-story writer who currently lives in Berlin. Her stories take a look at the lives of those who have been destroyed by war.

Sitt al-kol (Against the Tide) – Taghreed al-Najjar: Al-Najjar’s novel was inspired by the life of Madeline Kulab. She was a young girl living in Gaza who takes on the burden of her father’s fishing vessel so that she can make ends meet for her family.

Fi shaqa bab el-louk (The Apartment in Bab el-Louk) – Donia Maher: The novel received the graphic novel prize at the Mahmoud Kahil Awards earlier this year and is similar in many ways to a noir poem about Cairo. 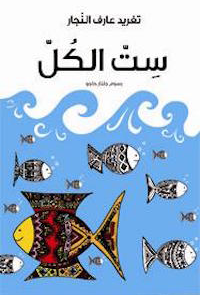 Baass al-awadem (Bus of Good People) – Najwa Barakat: Bus of Good People is the story of an old bus which travels full of passengers on a journey through the night. It describes how the bus gets caught in a storm and passengers display violent behavior toward one another.

Al-Hujurat wa qisas ukhra (Rooms and Other Stories) – Eman Abd Al-Rahim: Abd al-Rahim’s debut novel has been recommended by an award-winning translator Samah Selim. This book was the product of a creative workshop which was run by one of Egypt’s leading novelists and poets, Youssef Rakha.