Popular social media sites, Facebook and Instagram, have been a platform for creating an entirely new “breed” of digital celebrities. These ladies are paid to endorse brand products, are invited to glamorous events, and snatch front row seats at designer fashion shows.

Everyday Arab women have been making a name for themselves as they set up their blogs and websites. They attract large numbers of people on social media and use their influence in securing deals.

We catch up with the hottest Arab fashionistas on Instagram from across the Arab nations!

Sheikha Dana Al Khalifa – Bahrain (@theoverdressed): The real-life princess, Dana Al Khalifa, who hails from Bahrain has made a name for herself as a blogger, calling herself an ‘overdressed islander.’ She is surprisingly modest, and her posts focus on her clothing and not particularly on herself much at all. She began her blog seven years ago and is now one of Bahrain’s top fashionistas. 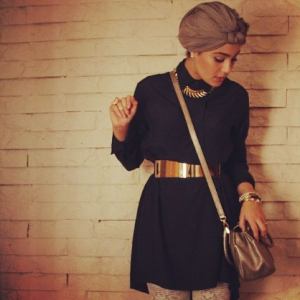 Hadia Ghaleb – Egypt (@hadiaghaleb): Hadia Ghaleb is a stylish athletic woman and successful entrepreneur who feels that one should always wear, see and capture art. Founder of Ghaleb Production House, she promotes a healthy lifestyle and has become a popular social media personality.

Ascia Al-Faraj – Kuwait (@ascia_akf): The Kuwaiti model and fashion designer, shows the world that hijabs are anything but boring. She and her husband run a fashion blog, the-hybrids.com. Her posts focus on modest street style fashion.

Jessica Kahawaty – Lebanon (@jessicakahawaty): Jessica has a background in modeling and television presenting and was runner up to Miss World 2012. There is no fashion item that she can’t make look good, and this Lebanese-Australian has captured audiences with her witty, humorous posts. 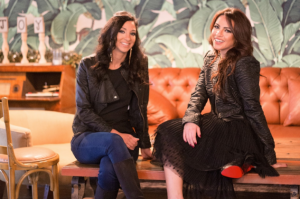 Ruba Abdulhadi and Badea Jaber – Palestine (@shopelmuda): The Palestinian duo is shaking up the face of high fashion shopping in the Middle East, with their awesome shopping site: ElMuda.com. They offer deliveries across the entire Middle East. Their posts suggest the latest fashion must-haves, as well as plenty of shots of themselves in stylish outfits.

Anum Bashir – Qatar (@desertmannequin): The Qatar-based blogger has her own great style, mixing and matching up contemporary pieces, and isn’t one to stick to the latest trends. Her fusion of street style and high fashion have earned her a large following on Social Media.

Tamara Al Gabbani – Saudi Arabia (@tamaraalgabbani): Beautiful Tamara Al Gabbani is a Saudi fashion designer and entrepreneur who has been in the fashion industry for three years. The savvy fashionista has an online store and website and manages all her social media on her own. 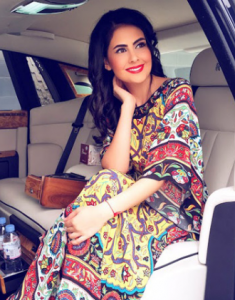 Tala Samman – Syria (@myfashdiary): Tala was born in Chicago to Syrian parents, and now lives in Dubai as a successful blogger and fashionista. Her blog, myfashdiary.com, is a roaring success and covers topics ranging from street fashion to travel.

Jess Narjess – Tunisia (@jessnarjess): Jess is a fashion and lifestyle blogger who runs the site, monjournalpastresintime.com, writing in both English and French. Her Instagram shots capture fashion, art, and travel, reflecting a ‘retro-kitschy’ vibe, which her followers love.

Nadya Hasan – United Arab Emirates (@thefierce_nay): The Emirati blogger’s Instagram page is filled with fashion shots to make any woman jealous, and feature everything from street wear to glamorous gowns.